Street names often have meaning, but not always.

That issue is at the centre of a proposed name change for Southhampton Boulevard: 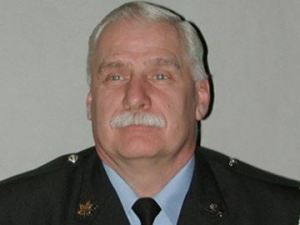 The Post’s article offers a brief profile of the late Bill Henshaw, and compelling reasons for renaming this street after him.

However, there isn’t much information about the street’s story.

The Burlington Historical Society published a book entitled “Burlington’s Streets – What’s Behind the Name?”. It tells us a lot about our community, including those who played key roles in its origins and our growth.

“Southhampton” was officially chosen in 1989 when the plan of subdivision was first registered. But why? Here’s the background according to the Society’s research….

“A British place name was selected for this street. In England, this port city had been the main port of departure, when the White Star Line moved its base there in 1911. The Mayflower set sail from here in 1620. This street is a departure or entry “port” of Headon Forest.”

The name seems a bit disconnected to Burlington (other than it reminds us of our British roots), and merely part of a convenient theme (e.g. nearby is Northhampton, plus Aberdeen, Newport, et al.). I doubt many citizens get the intended “port” reference.

In my view, and put simply, this is a heritage moment.

I appreciate the familiarity or convenience factor raised by many neighbourhood residents, in support of not wanting the name change.

However, that’s a very narrow and tenuous argument to rely on. The street’s history only spans 25 years, so not much help there either.

A street name is a relatively small but important way for our City to do more about promoting and preserving the legacies of Burlingtonians, especially community builders from our recent past.

If “Southhampton” changes to “Henshaw” (as I believe it should), and to provide balance, perhaps the City should also consider a new name for the corresponding “Northhampton”?

While another location for this street name might be more appropriate – “Mulkewich” sounds right to me.