NONE OF THE ABOVE. Seriously?

That option has surged into the lead in my recent poll (53.85% at the time of this post).

Admittedly, the poll is highly unscientific and unreliable. What political poll isn’t?

But does it reflect some indication of frustration with the choices in Ward 4? Or, maybe, voter fatigue? Apathy?

This Friday is the last day to register or withdraw as a candidate. And there’s a race in every Ward for City Council.

In fact, there are 10 candidates in Ward 6!! Councillor Blair Lancaster must be wondering what all the fuss is about (as a reminder, she only won by 125 votes in 2010).

I’ll leave Ward 4 and other predictions until next month. However, I wish to officially call this election result now….

RICK GOLDRING WILL BE THE NEXT MAYOR OF BURLINGTON

You read it here first. 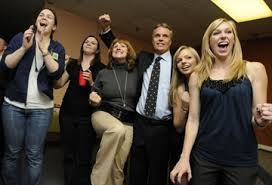 Okay, subject to a last-minute shocker, there’s no race to unseat the current Mayor.

*** UPDATE: The day after posting this blog, PETER RUSIN registered to run for mayor. My prediction stands.

In the past, if a mayor has been acclaimed in Burlington, it’s meant a lot. That is, a lot less people vote.

When the Mayor is acclaimed, voter turnout is less than 20%.

Average voter turnout is underwhelming anyway – barely over 32% for all general elections in the past 40 years.

That’s an abysmal and shameful record. We can do better. We should do better.

1 thought on “What’s it going to be, Burlington?”