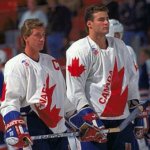 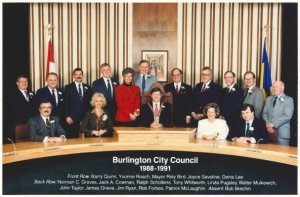 Did you count the number of people around that table (yes, that number includes the same John Taylor who’s still there)?

How does that measure up today with our neighbours in Halton?

How about other nearby small cities?

Looking eastward, there are places like Kingston with 13 for more than 125,000, and Cornwall with 11 for more than 45,000. Another waterfront community, Cobourg, has 7 just like Burlington – however, their population is less than 20,000.

I could go on. You get my point.

Today’s interconnected world is much faster, more complex and more demanding than in 1991.

Life has changed dramatically. Population density, traffic congestion and other troubling issues in the GTHA bubble are bursting.

While we live in a beautiful city and region, fundamental problems seeking real solutions and strong leadership can be found nearly everywhere.

The decrease in Council’s size was a well-intentioned move in the right direction. Regrettably, that pendulum swung too far.

Council fatigue has firmly settled in.

A telling example is how weary and wary our Mayor and Councillors appear at Council meetings. Who can blame them?

In fairness, who could properly get through all of the reading materials thrown at them (whether paper or electronic), investigate all of the truly important matters (after filtering through the truly less important ones), and genuinely listen to their constituents (as a reminder, improved civic engagement was the rallying cry when this Council was first elected in 2010)?

No wonder Council members often have their heads down, relying heavily on staff reports (is it an unwillingness to challenge them, or lack of preparation?) and rarely looking or standing up to offer strikingly innovative or breakthrough ideas.

Risk-takers? Not this group.

Getting into the weeds is a comfy way to hide in plain sight, pretty much as long as you want – until the next election.

I wrote last year about how this Council is seemingly “stuck in neutral”, and nothing much has changed since then (their long-overdue Strategic Plan eventually passed in April, sadly in line with Council’s previously limp and lengthy versions)….

Visionary and bold do not describe this Council. Caretaking seems more appropriate.

To be clear, Council’s work is not easy or straightforward, nor is it restricted to Council chambers.

There’s also the incredible time and energy drains of dealing with cats getting caught in trees, ribbons getting cut, photos getting taken, calls getting made, emails getting returned and getting to countless meetings and events.

Not to mention constant public pressure, as Council goes about their work.

Having said that, though, there’s really not much in the way of public scrutiny. Local media is virtually non-existent in Burlington, and it infrequently provides actual in-depth news reporting or analysis anyway.

Council lives with that reality.

Despite Council’s best efforts, have you noticed that public discontent keeps bubbling to the surface lately, replacing our usual general disengagement or disinterest with local matters? And we’re not talking about the Pier anymore.

Citizens seem increasingly frustrated with and anxious about Council – with big and small tipping points.

Unwarranted road diets, the shadow cast by the unrelenting threat and pace of new highrises by the waterfront, the City terminating the core group of seniors volunteering at the Seniors Centre, the City’s shortsighted selling of public waterfront lands to private interests, and more.

It’s no surprise that one natural conclusion and overriding factor can explain, in large part, why this Council gets such unfavourable or unenthusiastic reviews, and why it has seemingly been so unproductive and uninspiring despite 6 long years together. We’re talking about burnout.

Why expect any Council to excel when they’re always faced with too little time and far too many demands?

Increasing the size of Council is inevitable, and would represent an important step and signal to reenergize Council as part of a long-overdue governance review (e.g. Council isn’t leading by example when a comprehensive Code of Conduct for City Staff doesn’t apply to them, and their own minimalist code is inadequate and outdated).

The potential and promise for better decision-making would be the most tantalizing outcome.

With a larger group, there’s real opportunity to elect a more dynamic, inclusive and representative Council for an evolving Burlington – hopefully, more diverse backgrounds and more progressive thinking will be brought to the table as a result.

It’s time to cleanse the stale air of a tired “small club” environment, and breathe new life into a modern Council to help it build an even greater community for the longer term.

That’s a compelling picture. Is it worth the risk of investing in a few more elected people to govern our city better?

Consider the alternative of maintaining the status quo and expecting a different return on that investment.

To create a healthier culture, you need to get at the root of the problem, not merely trim around the edges.

A change to the size of Council would be at the centre of structural changes that will make a difference.

Drawing new lines for Wards is a related burning issue too.

For example: Councillor Jack Dennison presides over Ward 4 – basically, it’s a small town with a population greater than places like Cobourg which throw a lot more bodies at governing (see above). It spans both sides of the highway, involving very different and divergent priorities to try to represent well.

For the moment, let’s resist taking too deep a dive into the important details.

Such as how many Councillors should be at-large (vs. representing specific Wards), acknowledging that not everyone would still be on both Burlington and Halton Councils.

Or, and these are very substantive considerations, if all or some of the elected positions should be considered full-time or part-time, and how much each Council member should be paid under the new regime.

Where there’s a will, there will be a way.

The new Strategic Plan trumpets “GROW BOLD”, as Council seeks to lead Burlington into the future. Will this Council itself “GROW BOLD”, and be wise enough, to pursue increasing its size before the 2018 election? 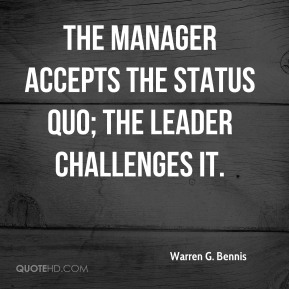 To be clear, there’s no magical or optimal number.

What do you think?

Here’s a 3-SECOND POLL to spark conversations, and help size up how Burlington feels about Council’s size….

The next municipal election isn’t until 2018 – however, now is the time when potential candidates may start to emerge, and make some noises.

And with Burlington’s current Council well into its 2nd year of a second 4-year term together, citizens should be watching and evaluating them closely.

How are they performing? Happy with the current line-up?

If not, are there other leadership hopefuls?

Of course, most eyes will be on the Mayor’s job. Definitely not an easy role to play as our community continues to evolve in so many unprecedented ways.

With that in mind, it’s time for a quick and entirely unscientific poll to kickstart the conversation.

If the municipal election is held right now, who gets your vote of confidence to lead Burlington into the future?

I promised this would be quick. You have 10 seconds. On your mark, get ready.

Burlington is not changing. It has already changed.

One indication is the shift in our local political landscape resulting from the 2015 federal and 2014 provincial elections.

You can also look to the increasing impact of intensification, traffic congestion, a rapidly aging population, affordability and much more.

Simply put, this isn’t your grandparents’, or even your parents’ Burlington anymore!

If you haven’t noticed or been introduced yet: Welcome to the new Burlington.

What may have been true in the past, and perhaps may still be today, it’s likely not going to hold in the future.

Why does it seem this message of change is not getting through to City Council?

They’ve begun the 2nd year of a second 4-year term together (i.e. same Mayor and Councillors), and they still haven’t completed this term’s Strategic Plan – which is only intended to guide City Hall until the next municipal election in 2018.

Heck, the Town of Oakville passed its 2015-2018 Strategic Plan in May. Kind of gives you a case of municipal peer envy (that’s peer, not pier).

Council members continue to scratch their heads and debate about our strategic direction – trying hard to follow the lead of yet another consultant hired to provide yet another round of “stakeholders” surveys, colourful diagrams and high-sounding concepts (KPMG in this case).

And they’re still working on the first draft for the public to review. 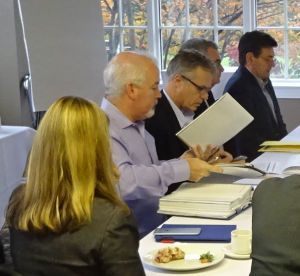 Would you get into your car and drive without knowing where you’re headed?

Would you do it for over a year?

Delay is not the real timing problem. It’s the 2018 part of the Strategic Plan.

Buried deep in a previous consultant’s report to the City is this gem ….“Burlington needs a strong, long term vision”.

Stop there. Now, please, strap yourself in. Get ready for a jarring moment of clarity.

So, how do we get there from here?

As mentioned, the same-old approach and same-old expectations won’t cut it anymore in this City. Times have changed.

More to the point, can the same-old Council map the route? More on that later.

To start, and as a happy coincidence, this Council is also dealing with the long-overdue process of an Official Plan Review.

City Hall posted a slick video in 2012 to help explain what that’s all about (with barely over 2,000 views in 3 years, this video may sadly reflect that few citizens are paying attention)….

Did you hear the time frame? A land-use strategy for the next 20 years.

Nevertheless, Council will hopefully fold much of the BEDC’s basic ideas into the City’s new Strategic Plan and next Official Plan.

Why? Growing our local economy (a.k.a. creating jobs) by expanding the commercial tax base is the greatest challenge and top priority for Burlington – and if successful, that factor alone can help fuel and propel any of the City’s plans long into the future. 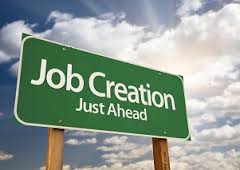 Faced with a required 20-year commitment for the next Official Plan, and armed with a critical 10-year plan from the BEDC, Council should be setting out a crystal-clear picture of 20 years from now as the most integral part of the new Strategic Plan.

Looking only to 2018 is short-sighted.

Design the next Strategic Plan around specific long term outcomes (and count them using as few fingers as possible) – and then Burlington will have real direction, with unity through purpose.

Such outcomes should be difficult for future Councils to change (e.g. only by unanimous vote). Every Council must also be held accountable to implement and commit to the plan, by regular monitoring and plain language reporting to the community.

But do we have the real leadership today to shift gears and drive forward with this change, at such an important and timely juncture? 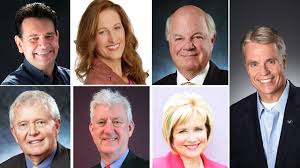 Let’s hope they don’t roll out a reheated version of past Strategic Plans – filled with lovely platitudes and tough-to-measure short term outcomes.

Will this Council take the time, energy and risk to show us a Strategic Plan starting 20 years from now (keeping it simple, please) and break it down for the balance of their term (the detailed part)?

In effect, start farther out and work backward to move forward.

This departure from established protocol would mean, of course, going outside this Council’s comfort zone.

Despite their long tenure together, this group of seven hasn’t left a signature mark yet on Burlington’s canvas.

They tend to tread quietly and safely with governing the City’s business, delaying or avoiding the ‘big’ decisions (even when it’s easy, such as establishing a Code of Conduct for Council).

Time to change in this case, consistent with other substantive changes that have happened and are transforming our great community in healthy ways.

It might mean relying less on external consultants, and not getting bogged down by internal staff reports. This would be Council making truly bold and ‘big’ decisions after listening directly to constituents – and, hopefully, articulating a clear and collective vision of future Burlington.

Or, will this Council pass the opportunity by?